Showing posts from May, 2019
Show all

Heed the canary in your farm’s financial coal mine 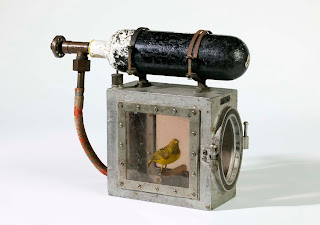 (Authors Note:    This article will be a multi part series that discusses some of the challenges we are seeing due to the current farm economy and offers some thoughts and suggestions on action that can be taken.) Most of us know where the saying “canary in the coal mine” comes from.   Basically, canaries were used in mines from the late 1800s to detect gases, such as carbon monoxide. The gas is deadly to humans – and canaries alike – in large quantities, but canaries are much more sensitive to small amounts of the gas, and so will react more quickly than humans. I always envisioned that a miner would stick a canary in a bird cage down in the mine, and if they saw the canary drop over dead, then it was time to get out.   Boy was I wrong.   A device was actually invented (see above picture) that had a circular door that would be kept open and had a grill to prevent the canary escaping. Once the canary showed signs of carbon monoxide poisoning the door would be closed and a val
Post a Comment
Read more
More posts