Showing posts from March, 2019
Show all

"Brutal" is probably the appropriate adjective to describe the farming status

Farmers face another brutal year in 2019 March 8, 2019  Category:  Politics by  Farm News Media As farmers across the country prepare for the 2019 planting season, the one question on everyone’s minds seems to be: will the new Farm Bill provide an adequate safety net to see farm families through another brutal year? The  Wall Street Journal  and  Politico  have both reported on farm bankruptcies rising to the highest level in at least 10 years. Asked about these troubling reports, House Agriculture Chairman Collin Peterson (D-MN) said, “I have been saying for a year people are nervous.” Meanwhile, Senate Agriculture Chairman Pat Roberts (R-KS) noted the Farm Bill can help farmers “but we need price recovery.” House Agriculture Committee Ranking Member Mike Conaway (R-TX) may have been the canary in the coalmine on this question, arguing throughout the Farm Bill process that the safety net provisions of the Farm Bill must be strengthened. Farming is inherently
Post a Comment
Read more

Passing on the family farm: Can the next generation afford it? 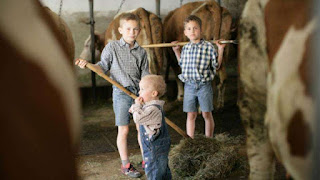