"Brutal" is probably the appropriate adjective to describe the farming status


Farmers face another brutal year in 2019

As farmers across the country prepare for the 2019 planting season, the one question on everyone’s minds seems to be: will the new Farm Bill provide an adequate safety net to see farm families through another brutal year?
The Wall Street Journal and Politico have both reported on farm bankruptcies rising to the highest level in at least 10 years. Asked about these troubling reports, House Agriculture Chairman Collin Peterson (D-MN) said, “I have been saying for a year people are nervous.” Meanwhile, Senate Agriculture Chairman Pat Roberts (R-KS) noted the Farm Bill can help farmers “but we need price recovery.”
House Agriculture Committee Ranking Member Mike Conaway (R-TX) may have been the canary in the coalmine on this question, arguing throughout the Farm Bill process that the safety net provisions of the Farm Bill must be strengthened.
Farming is inherently risky, requiring a large amount of capital upfront with thin, and sometimes negative, profit margins. But farmers are perpetual optimists, always hoping and willing themselves to believe that the next year will be better.
Unfortunately, the United States Department of Agriculture (USDA) just published a new long-range price forecast that suggests farmers will continue to face depressed commodity prices and rising costs of production. In 2019, this is the sixth consecutive year farmers will plant into a down market. The agricultural economy is now in a deep and prolonged recession.
Net Farm Income (NFI) stood at an anemic $66.3 billion in 2018 compared to $134.3 billion in 2013, meaning income has dropped more than 50 percent since 2013. Seven in 10 farms have an operating profit margin in the “red zone” — indicating a high risk of financial problems.
And the hopefulness of our nation’s farm families will continue to be tested, as NFI for the next five years is projected to average just $77.3 billion, meaning the highest projected farm income will still be only 59 percent of pre-2014 levels.
While many in the farm and ranch community expected farm income to decline in 2014, no one expected the downturn to be this deep or prolonged, and the toll this has taken on America’s famers has been serious. Many farm families have already depleted their reserve savings and are watching their equity erode.
A recent USDA report on the face of America’s farming community noted that nearly 80 percent of farm household income comes from off-farm sources as farmers seek non-farm income to help pay the bills the farm economy cannot pay.
In other words, times are bad in rural America right now, and farmers need a break. A swift implementation of the 2018 Farm Bill would be a great first step, as would an aggressive trade agenda that opens markets abroad for America’s farmers and ranchers.
But as was the case during the 1980s and the late 1990s, Washington may well need to bolster the safety net to head off what may otherwise become a full-on farm financial crisis that will truly threaten rural communities and undermine economic growth in the cities. 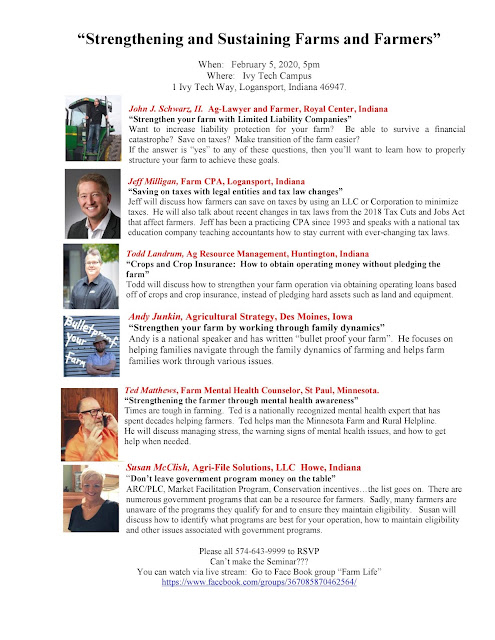