Traditional Method of Farm Succession Planning Broken…. Here is How to Fix it. Part IV-A Few LLCs Can Lead to Fairness. 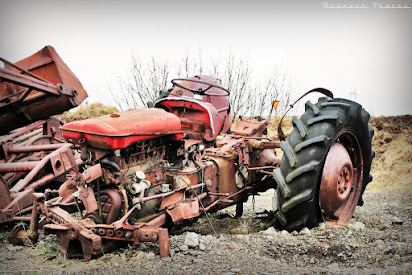 Traditional Method of Farm Succession Planning Broken…. Here is How to Fix it.

(Authors’ Note:  This will be a several part series discussing why the current method of farm estate and succession planning is not working)

This is part 4 of a 5-part series regarding the authors’ view that farm estate planning in this country is broken and needs fixed, especially in light of “Farm Estate Armageddon” which will happen this decade when ¼ of all farmers retire and 2/3 of all farmers will be over the age of 65.  Past articles can be viewed at www.farmlegacy.blogspot.com.

We’re going to pick up from where we left off in April discussing how to reach “fair” in establishing a farm succession plan.  If you recall, we discussed in detail that farming is generally an asset heavy industry, but light (or in some years none or even negative) on the yearly return from those assets.  We also discussed the fact that whatever assets are left to a farming heir really should not be gauged on the value of such assets.  Because, the farming heir will not sell the asset, thus never truly receiving the full monetary value of the assets.  Rather, the farming heir, at best, receives the ability to earn income (again, in at least some years) from those assets.

Alternatively, the true measure of what is “fair” should be the income potential of what is received by each heir.  In the previous articles, we gave examples of how a non-farming heir who receives cash or receives land that they then sell, can then invest this money, sometimes earning a double-digit yearly return.  Compare this to farming where the 50-year rate of return has remained steady at around only 3% each year.  This is especially true in cases where a non-farming heir has not contributed any labor or capital to the operation.  Hey, it is a pretty good gig to inherit part of a business that you never worked or contributed to, are able to then sell, and reap hundreds of thousands or millions of dollars.

It is very, very difficult to get to this traditional notion of “fair” when a farmer stares at a balance sheet and sees a seven-figure number, often times several times over, due to the recent meteoric rise in machinery and land prices, and tries to slice up the pie.  Instead, a better way is having the farm set up as multiple companies, which creates the opportunity to break it down company by company as to who receives what.  Having assisted with hundreds and hundreds of farm succession plans, having the farm established as a few Limited Liability Companies (“LLC”) can greatly stack the odds of creatively bending “fair” in your favor.  For instance:

Farm Operation LLC:  Agriculture in this country would be a much better and sure place if farmers stopped farming as sole proprietors and took the simple step of establishing an LLC for their farm operation.  Paragraphs, if not pages, could be written as to the benefits this gives to a farming operation.  However, such is not the point of this article.  Rather, having the farm operation as an LLC owning no land, machinery, or other hard assets, makes it a no-brainer to leave such to the heir(s) who actually farms.  Generally, in this situation, the farm operation only owns growing crops (growing crops are only one hailstorm or drought away from being worthless), stored grain (depending on the time of the year), and other incidental assets.  Meaning, the farm operation has very little in the way of liquid assets.  The true value of the farming operation is leases with landlords, APH history, credit approval, government program eligibility, relationships, and other intangible “assets” that only the farming heir(s) benefits from.  It is very uncommon for a non-farm heir to want any of the farming operation, especially after they are told they would share in any operating loan(s) that exists.  If we have Peter, Paul, and Mary, and Paul is the farming child, it makes for an easy decision to leave Paul the farm operation LLC.   The best part, from a monetary standpoint, is that the entire farm operation LLC can be left to Paul, yet he receives very little value of the monetary pie, thus leaving virtually a level playing field as we move into the distribution of the hard assets.

With machinery, especially in an LLC, there are numerous “fair” scenarios.  The key is to remember that no matter how big a number your balance sheet says the machinery is worth, to the farming heir, the number is, well, just a number.

Semi-Trucks and Trailers LLC:  Semi trucks are generally the biggest liability magnet on a farm.  Just look at all the billboards with attorneys who are supposedly “big rig” experts.  Such is not by accident because there is usually a death or severe injury from a semi accident, and sadly that generally equates to large settlements or jury verdicts.  Throw in the fact that farmers generally do not have CDLs or have their trucks DOT inspected, farmers can be easy pickings.  From a sheer liability protection standpoint, trucks and trailers should go into their own LLC.   We would question the sanity of any non-farming heir who would want a piece of this LLC, and the liability that trucks and trailers bring.  Regardless, from a “fair” valuation standpoint, semi-trucks and trailers can be treated just as machinery was suggested above.

Whether Paul receives all, part, or most of the above three (3) LLCs, it is fair to say that not much in the way of “liquid” monetary value has been received by him, because he needs these assets to farm and will not sell.  All he has really received are depreciating assets that he will have to fix, put money into, replace, and may allow him to turn a profit with his farm.  And, if a person does not believe Paul has more than earned these three (3) companies by way of decades of work on the farm, then such person has never farmed.  Leaving these three (3) companies to a farming heir like Paul or giving buy out options at discounted rates as described above, is probably the only way to arrive at “fair”. Otherwise, Paul has to buy out the other siblings or the machinery is sent to an estate sale where Paul has to purchase, which is undoubtedly not “fair” in light of his work on the farm over the years.

Lastly, comes the farm real estate.  This is where the rubber meets the road and when it comes to arriving at “fair”, is probably the most important part to focus on.  As important as the land is on many different fronts, we will save that for the final part in our series next month.

John J. Schwarz, II, is a lifelong farmer and has been an agricultural law attorney for 17 years and is passionate in helping farm families establish succession plans.  Natalie J. Boocher is a farm elder law and Medicaid planning attorney helping farmers protect their farms from the nursing homes and Medicaid.

Go to www.farmlegacy.blogspot.com for past articles.

These articles are for general informational purposes only and do not constitute an attorney-client relationship for specific legal advice. (Authors’ Note :   This will be a several part series discussing why the current method of farm estate and succession planning is not working)  This is part 3 of a 5-part series regarding the authors’ view that farm estate planning in this country is broken and needs fixed, especially in light of “Farm Estate Armageddon” that will happen this decade when ¼ of all farmers retire and 2/3 of all farmers will be over the age of 65.   Past articles can be viewed at www.farmlegacy.blogspot.com .               Why is farm estate planning so much different than other businesses?   Well, to answer that question, we need to break down and compare farming, in general, to other businesses. Perhaps one of the most glaring differences between farming and other businesses is that farming is an “asset heavy-income light” profession.   Two years ago, before we had a rebound in grain prices, I asked a lender what he saw as far as a rate of return on assets for farmers.   The answer was 0.3 perce
Read more